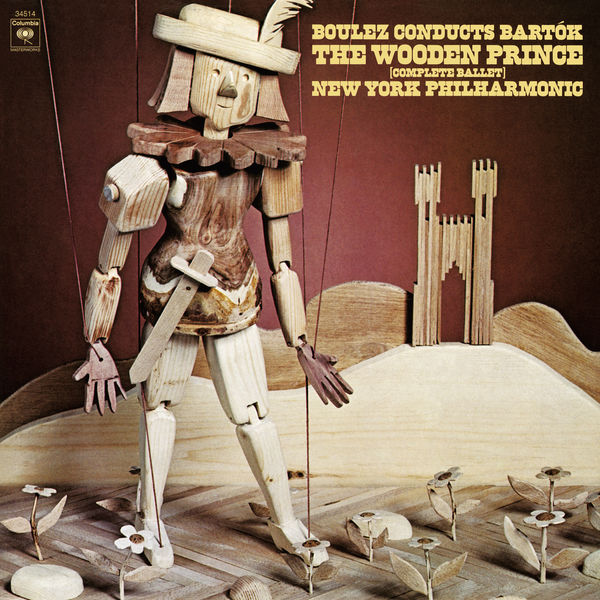 Just a short discography for the wonderful Wooden Prince (ballet only).

Argument:
The Princess descends from her miniature castle to play and dance  in the woods and by the streams. The gate of a neighboring miniature castle opens and the Prince sets out to see the world. The Forest Fairy orders the Princess back into the castle, but before she is able to obey, the Prince spots her and is summarily smitten. But the Fairy causes the forest to darken, preventing the Prince’s pursuit. Then his progress is halted by a brook which has been caused to overflow its banks by the Fairy’s magic. At this point, the Prince takes his carved wooden staff and sets on it his crown, mantle, and a lock of his golden hair. The Princess sees the puppet and is lovestruck, ignoring the Prince. The “wooden prince” becomes animated and she dances with it.

The Prince, heartbroken, is crowned King of the Forest by the now sympathetic Fairy. The Princess returns with the puppet, whose spring has run down, it is now a discarded plaything. She spies the Prince and approves; but he, still deeply hurt, turns away. Sad, she discards her royal trappings and cuts off her lovely hair. The Prince, deeply moved, rushes to her side, and they depart to live happily ever after.

From the trilogy Miraculous Mandarin and Bluebeard’s Castle, this one has a happy ending! More than to Tristan, the introduction makes you think of the opening of the Gurre Lieder.
This is a very short compared listening.

Missing the pioneer Susskind, I heard Ferencsik, idiomatic but a little dull.
Neeme Järvi: good conducting but rather straussian.
One of my preferred CDs was 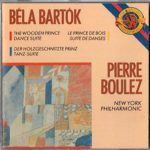 Boulez in New York (1977). It remains my favorite: such wit, colors, rhythms, it equals his famous Petrushka with the same orchestra (1971).
His remake in Chicago (1992 – DG) is superbly played but lacks of some life and sounds a little thick.
Dorati with the London symphony gives a superb account, lively, more ballet like than dramatic.
Korody‘s (1976) presents nice sonority but is rather placid.
Iván Fischer in Budapest again (1997) gives a good lecture, unclear in the 2nd Dance, but rather lively and with characterized phrasing, a good version.
Graf in Houston (2005) : superb orchestra and recording, lacking of some wit sometimes.
Alsop in Bournemouth (2008) gives nice details, phrasings and characterization but lacks of some atmosphere.
Mälkki in Helsinki (2019) gives again a good lecture, but rather cold.

Conclusion: I stick to Boulez 1, but there aren’t ‘bad’ versions. For a second choice, maybe Dorati and Fischer.

I found only one video from the ballet (excerpt):