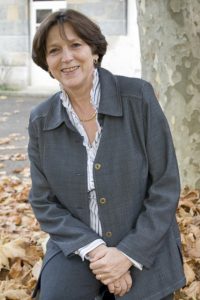 TV – Could you characterize your music?

ECDC – My music evolves constantly: I am always in search, that is what excites me. I like to quote this phrase of René Char: “how to live without stranger in front of you? “. It is this part of adventure that is exciting.

TV – Do you work only on orders?

ECDC – The order is essential for practical reasons: it generates a contract that determines the agreed sum, the date of creation etc. It is indispensable for the publisher. That’s why we manage to get ordered what we want to write… I received recently a commission from Bruno Messina for the anniversary of the battle of the Chemin des dames in 1917, a ridge line that has always been the place of battles for all ages, on a libretto by Maryline Desbiolles. I decided myself the casting: it is for baritone solo, choir of children and orchestra, a way to own it…

TV – Suppose I order you an opera?

ECDC – Imagine that I think about it seriously and for a long time, it almost did happen, but the project did not lead for copyright reasons. So I turn to a booklet written by a contemporary writer based on an ancient literary work. The situation of the opera has changed over the last decade: theater directors impose more than composers propose and favor voluntary media projects. But it is a desire dear to me, I like to write more and more for large formations and prefers to write a real opera rather than a “chamber opera”. I have at the moment a project of monodrama, for baritone, small ensemble, voice and electronics on an original booklet of Sylvain Coher from a work of Maupassant.

TV – How do you compose?

ECDC – I did not leave the paper, the pencil and the gum. I did not have time to dive into the software of compositions like Finale or Sibelius which require a substantial investment. I work with copyists and anyway I like the manuscript, it’s a pleasure to make a handwritten score. The younger generation is accustomed to this software and can thus compose directly on computer, with the advantage or the danger to hear directly what one writes … which can be to the detriment of the imagination. I think it is important to keep the risk of the gap between what one imagines and its sound result. I often warn my students against this danger of immediate listening which can bypass the unexpected of interpretation: we are not the only repositories of our sonorous world, there are also the musicians with their characteristics of play , tones, problems of acoustics, orchestration, dynamics …

TV – Back to your work, is it influenced by some of your peers?

I am very suspicious of influences. I had some being young of course, including Maurice Ohana who taught me a lot. What can characterize my music is the movement, the energy and the work on the timbre that the practice of electronics allowed me to deepen. I was initiated very early in electroacoustic music whose techniques greatly influenced my instrumental writing, especially in Yell, my first orchestral piece. Over the sea, for string trio, accordion and electronic, bears this trace, an energetic, moving, changing piece. I also have a great concern for the form: implementation of materials, mastery of their evolution process, construction of registers, control of duration etc. The elaboration of the form has for me a great relationship with the architecture, in particular the habit of making graphic sketches at the beginning of a piece that somewhat looks like the sketches of the architects …. I often have the opportunity to discuss this with my fellow architects of the Académie des Beaux-Arts

ECDC – What also characterizes my music is the importance of the gesture that one can really feel only when one has been instrumentalist – I am a violinist. My aunt gave me my first violin lessons and her husband was director of the Lyon Chamber Music Society. So I’ve been bathed in music since my early childhood. My first experience of chamber music was the andante of Schumann’s quintet. It is these experiences which nourish the profession of composer later. On the other hand my father always opposed the prospect of making music my job. I had to wait for my baccalauréat to enter the CRR of Lyon, before leaving shortly after in Paris to finish my university studies: I then integrated the classes of writing, then of orchestration, analysis and composition in CNSM.

TV – You still have not mentioned me any composer!

ECDC – Here we touch on the relationship established by the composer between the music of the past, that of others and his own. For my part, I am very wary of the existing music because their listening can disrupt me when I am composing. On the other hand, there are periods when I need to plunge back into a sonorous universe other than mine … Of course, I was nurtured by the composers who constitute our heritage and especially those who opened the way to the revolution Sound of the twentieth century, Varese, Berio, Xenakis, Ligeti … everything is in Ligeti! One of the first scores I analyze with my students is the Chamber Concerto. I also have a great deal of connivance with Beethoven’s music, his relationship to energy, his sense of rupture, his harmonic and formal innovation. Without forgetting the importance of the repertoire of works for strings, concertos, trios, and especially the quartet, which I practiced very young and whose writing is therefore very natural for me. I have written a quintet, three trios and three string quartets and is preparing a fourth which will soon be created.

TV – HWhere do you stand in the often Franco-French debates between say modern and neo?

ECDC – I am not interested in the debates themselves. Whether in music or in life, and for the sake of independence, I always hated chapels. I was lucky to have for teachers Ivo Malec and Maurice Ohana. Although very different, I have been able to experience the freedom of writing, regardless of the dominant aesthetics, which I want to pass on to my students. The important thing is to make a work and it is built in time, in the deepening and evolution of a language of your own. I constantly evolve from one piece to another and am basically against an approach oriented towards the forms of the past where references abound.

TV – Do you remember all your production, a hundred opus?

ECDC – No, sometimes I do not even remember the title! Once I heard one of my plays on France Musique: it took me a while to realize that it was from me … I do not like – probably like many others – re-listen to my music. Sometimes I hate, sometimes I have good surprises, some scores remain for me milestones. But it is the upcoming scores that interest me, the attraction of the unknown, the pleasure of creating something new …

TV – What about your colleagues’ music?

ECDC – We are all embarked on the same adventure and deserve esteem and respect. I think that’s what prevails between us. In addition, there is much talk about aesthetic differences, but very little about the profession of composer. Composing is a craft, writing has to be learned. Whatever the problematic implemented, the parameters remain the same. It is, however, interesting to note the evolution of an essentially timbre writing, and the conception of a non-directional form, evacuating the notion of tension-relaxation or that of registers. I like to follow these transformations, while remaining essentially attached to the sound experience, fundamental to me.

ECDC – Yes, this has also be learned, through contact with students and through scores …

TV -The situation of contemporary music?

ECDC – The economic situation is quite dramatic. We are at the end of a cycle, a system of subsidies implemented after the war, which took over the role of private patronage. All this system is disappearing and nothing has been planned to replace it. As a result, the amount of orders placed with composers is decreasing, co-commissions and co-productions become unavoidable … On the other hand, the digital revolution calls into question the structures of publishing houses. Other forms of patronage and other models for the dissemination of works must be invented with respect for copyright.

TV – Do you have bedside recordings?

ECDC – In my early years I listened to some classic works in a loop. Silence is now necessary for me to compose, as I have said above. My listening is more exploratory type, not to mention the discoveries made during concerts naturally …

ECDC – These are encounters linked to certain circumstances: residences, creations etc … I sometimes stay in contact with some of them for a long time, others disappear. However, the relationship with performers and conductors is very important in the life of a composer. We have many examples. I will soon work with Fanny Clamagirand for the creation of my 2nd violin concerto with the Orchester National de France. A new adventure …

TV – And the woman composers?

Composition is a craft, as I said before, before being a question of man or woman. I regret that the neutral does not exist in French for the trade names. In English “to compose” is “to compose” being a man or woman, as also in German. Anyway, it is the quality of the work which counts, and the problem of the condition of women has nothing to do with it.