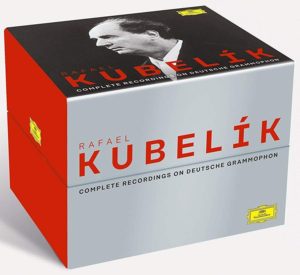 Being one the “Kubelík specialists” – see www.kubelik.org , even though I had every single disc, but I could note prevent myself to get this new box : 64 CD + 2 DVD.

Let’s begin with the shortcomings: